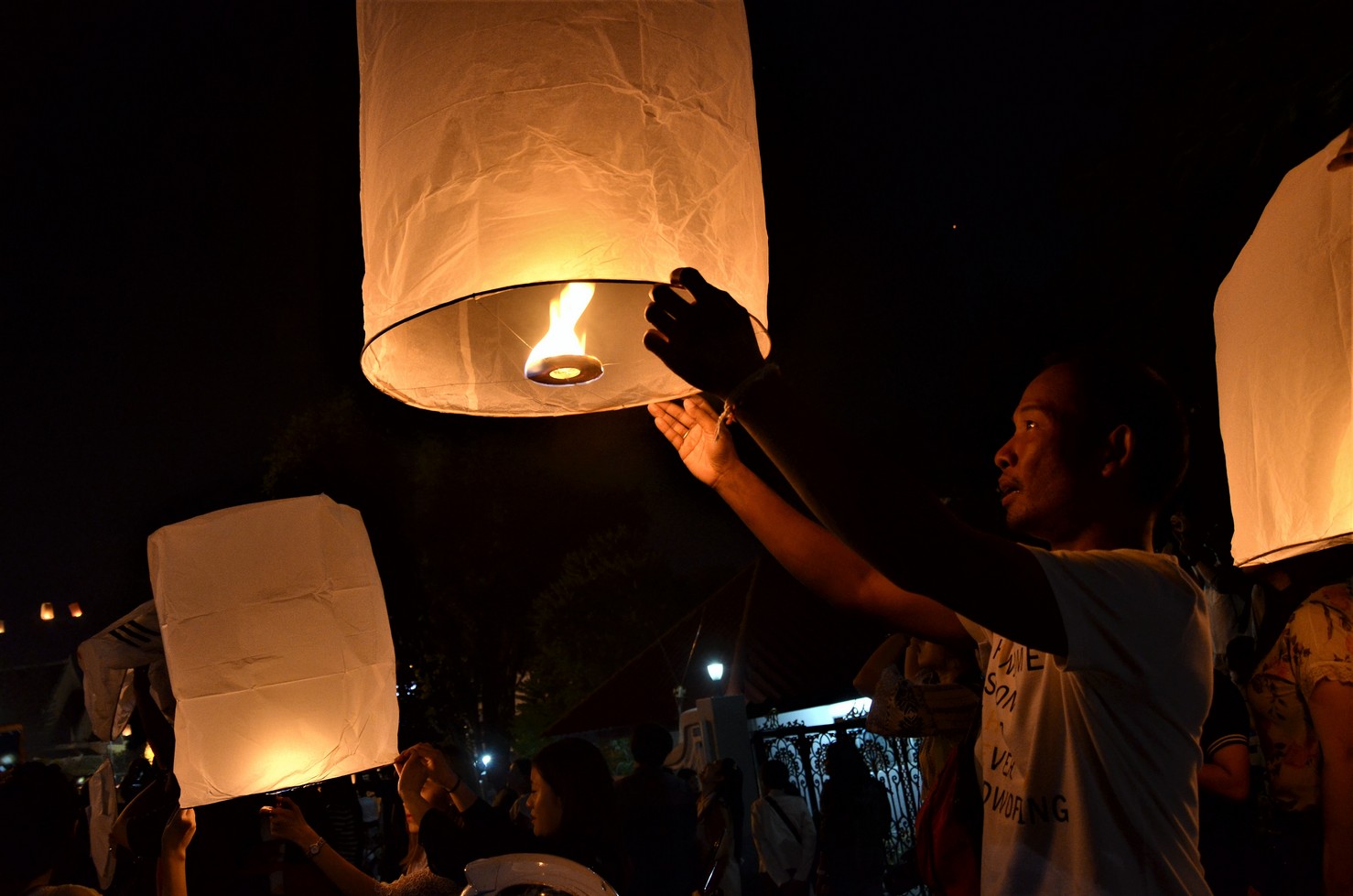 Once again this year, hundreds of thousands of people all over Thailand will celebrate the Loy Krathong, the traditional festival for the closing of the rainy season, thus allowing the cultivation and harvesting of rice.

Along the Ping River, in the heart of Chiang Mai, locals and tourists from all over the world will light up the traditional krathongs (the floating flower offers) and yee peng (the fire lanterns), making wishes come true, illuminating the water and the sky.

The festival takes place all over the country during full moon nights, during the 12th Thai lunar month. This year the celebration will begin on November 11 and will end on the 13th.

Although it is not a religious occasion, the “festival of lights”, as it is nicknamed, lives moments of intense spirituality. According to tradition, in fact, homage is paid to the Goddess of Water Mae Khongkha, the Thai version of Gaga, the Hindu Goddess of the Ganges River.

But the precise origin of the ritual is not clear and it feeds, as often happens in these places, on legends and tales. It is thought to have begun during the 13th or 14th century thanks to a court woman named Nopphamat in the ancient Thai city of Sukhothai, which literally means “dawn of happiness”. According to other interpretations, the celebration is linked to the Hindu one of Diwali.

In any case, the absolute protagonist is the fire. As soon as the sun goes down and the darkness tries to take possession of it, thousands of lanterns handmade with rice paper will be thrown into the air as a propitiatory gesture, while the krathongs, also handmade with flowers and banana leaves, will be floated in the water.

Letting them fly or float, symbolizes wanting to send away all the negativity and anger from the self, wishing a year of luck and prosperity.

The krathongs are prepared with great care and are enriched with candles, incense sticks (always in odd numbers) and prayers written by hand on sheets. Some are more complex, others simpler, but no less fascinating.

The choice of flowers and colours to be inserted is significant. Almost everyone prefers yellow flowers or orchids. Several people add something personal, a sign of recognition, such as a strand of hair or a piece of nail, just to get rid of the past and look to the near future.

The Thai people, very superstitious, in fact, believe that this is the best time to symbolically vanish the resentment that has accumulated during the past year and start a new one free from negative feelings.

Delivering the krathong to the river, then, would not only ward off misfortune, but would be a good sign for the year just around the corner. Whether it’s sentimental, work or health.

The main bridges of Chiang Mai, the Nawarat Bridge and the Iron Bridge (Sapaan Lek), will become almost impossible to cross. From the center of the ancient Thai city people walk to the Ping River.

On the sides of the streets, the traditional Lanna food stalls (typical of northern Thailand) will mark these festive moments. Smells and colors will mix with the people on the way.

Three incredible days to experience the magic of Chiang Mai, discovering ancient – but always current – traditions. Moments that will remain indelible within your heart and mind.

1 thought on “Loy Krathong, the magic of Chiang Mai”